Welcome to the links page.

We use links in our book.

There are pages that you can only visit by using a link in the book.

A secret page, only meant for our real book readers.

So you are curious ... suc6 and lots of reading pleasure.

The Dutch Marine Corps was founded on 10 December 1665 and is an elite part of the Royal Netherlands Navy and one of the oldest military units of the current Dutch armed forces.
The Marine Corps consists of infantrymen who serve on warships and can be deployed on the border of land and water. Since the 1990s, the Corps has been increasingly deployed in onshore operations for crisis management purposes. Amphibious operations, however, are the speciality of the Corps.

Why does our book contain a reference to the Marine Corps?

For our book we have the Dutch translation of the motto
'Qua Patet Orbis' of the Dutch Marine Corps as a title.

Why is ... not only because Bert was Marine 2 ZM and because the story happens on different continents, but also as a tribute of respect for all the Marines who are deployed all over the world for peace and security.

If you want to know more about the Marine Corps of the different countries, click on the buttons below. 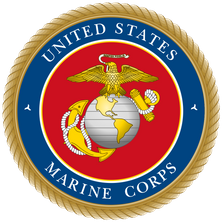 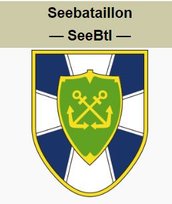 The Peace Palace is globally known as the temple of peace and justice.

For centuries violent wars had raged in Europe. Harvests were destroyed, houses were plundered, families torn apart. Society was unsettled time and again. The raw images of the battlefield that through the invention of photography now also reached the home front, did serious damage to the idea that war was essential for defending the glory of king and country. And so, in the course of the 19th century, the peace ideal blossomed as never before. The political tensions and resulting threat of war on the threshold of the 20th century only added to the popularity of the spreading peace movement. Throughout Europe and America peace organizations were founded, inspired by the ideas of famous writers and pacifists such as Leo Tolstoy, Bertha von Suttner and Alfred Nobel.

The initiative of Czar Nicholas II to organize an international peace conference came at exactly the right moment.

During the First Hague Peace Conference of 1899, 26 countries came together to speak about disarmament and about the possibility of international jurisdiction, which led to the establishment of the Permanent Court of Arbitration.

In 1907 a second peace conference was organized in The Hague, in which 44 countries participated.

The period in between these two conferences was not spent in idleness.

A court that worked for world peace deserved an impressive and awe inspiring residence. By the time the second peace conference took place, the first stone of the palace could be laid. The building served as a residence to a judicial institution, but at the same time strived to embody the dream for world peace that had been cherished for centuries.

In the presence of the Dutch royal family, sponsor Andrew Carnegie and an international group of jurists, politicians and pacifists, the key of the Peace Palace was presented to the Permanent Court of Arbitration on the 28th of August 1913.

Why is the Peace Palac used in our book?
In 2013, the Peace Palace celebrated its 100th anniversary.
Bert came across that message when he was just working on shaping the contours of his story.
He soon came to the conclusion that the United Nations, together with this imposing neo-Renaissance palace, its history and the organisations it contains, would be an excellent start.
It was on this foundation that the book eventually came to existence.
If you want to know more about the Peace Palace and the organisations located in it, click on the button.